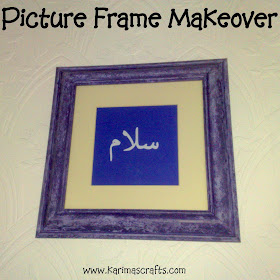 I was needing some more frames to decorate the house so decided to use picture frames that I already had but didn't need and give them a makeover!

I am showing one of the frame projects that I did. It was originally a Winnie the Pooh frame that I have had in storage for a long time. The new picture shows the Arabic word for 'Peace'. 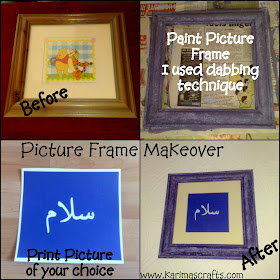 
My new picture is totally unrecognisable from the original and looks great hanging on my wall.

Parties linked to this week are: