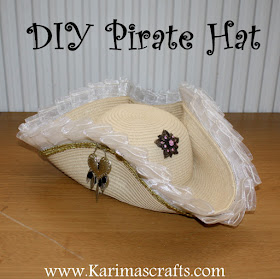 A pirate hat I made from a simple straw hat.

My youngest daughter, aged 10 has been enjoying herself recently attending local Comic Cons and dressing up.  So far she has been Princess Belle, Princess Merida and also Hermione from Harry Potter. This time she was wanting to dress as a pirate for a Mini Con Pirate and Fairies theme.  We managed to put together a costume from different items of clothing purchased from local charity/thrift shops.  The biggest challenge was finding a pirate hat. We managed to find a straw hat just a day before the event, so I had some quick work to do to get it pirate ready! 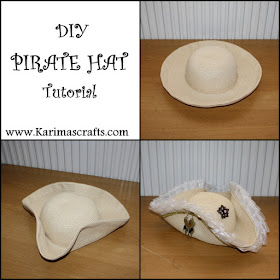 Step 1:  Fold the hat into a tricorn shaped hat. Place some stitches using similar coloured thread to the hat to attach the brim of the hat to to hat part.
Step 2:  Decorate the hat, I hand stitched ribbon, folded all the way around the outside of the hat as shown. I then attached a different ribbon along the first folded one to hide the stitches and also add design to it.
Step 3:  Hand stitch pieces of costume jewellery to the hat. I used a pair of unwanted earrings to the side and an old brooch I no longer use to the front.
Step 4: Optional - If you have any feathers you could attach those too!


Below are some photos of my daughter wearing her hat and also her full costume. 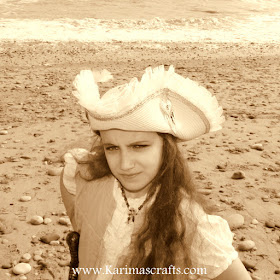 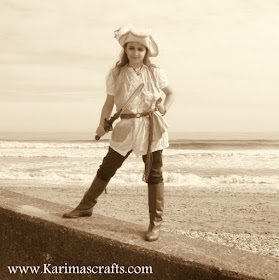 She also designed a fabulous treasure map to go with her costume. She has this on her own blog, here is the link: artyprincess.com/2017/04/diy-treasure-map-doctor-who-theme.html 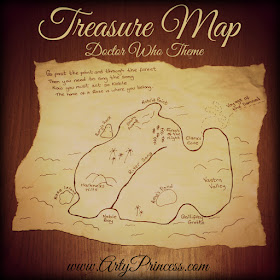 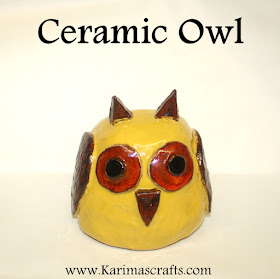 My 9 year old daughter has been attending a homeschooling ceramics course with her friends. Some of the mums were able to do a piece to, this is my attempt at ceramics.  I quite like how it turned out. You never quite know how it will turn out when you paint it as the colours you paint on don't look like the colours they will turn out like. 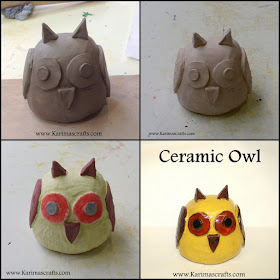 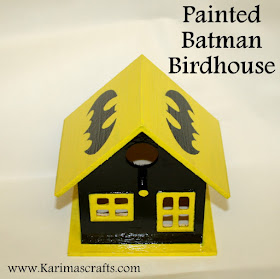 I think my latest posts are showing my inner Geek haha!  Here is another Batman Post, this time a painted birdhouse.  I bought a plain wooden birdhouse and painted it in the colours yellow and black and then hand painted a bat symbol onto the roof.   I think it turned out quite well. Will look perfect in a lovely garden.  Once I had painted the birdhouse I then gave it a coat of varnish to protect it when outside.

Below is a photo of a plain birdhouse that I bought. 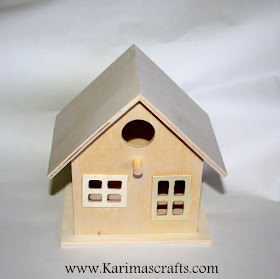