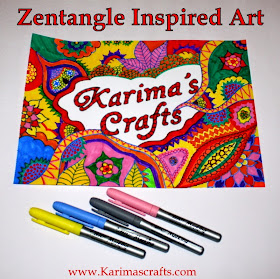 A friend of mine introduced me to the art of 'Zentangle'. I haven't drawn or coloured in anything for I don't know how many years!  I love being inspired so I thought I would attempt to have a go at this type of art.  For my first piece and as of today my only piece I decided to do something that represented 'Karima's Crafts' so that was my beginning piece of my artwork. Basically Zentangle means you just draw as you go without any planning and see what you come out with. Apart from using the words everything else was just drawn without any prior pattern designing. I found this hard as an organised person myself, but I just let myself relax and go with the flow! I am quite happy with the final outcome. I used a variety of different pens for this piece of work.

This took me a good few hours to finish and was quite therapeutic and I think this would be a good piece of art to do to release stress! So next time I am stressed I might start another piece haha! 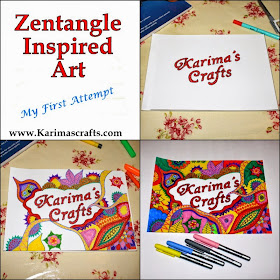 Much of Zentanlge Art is just black and white but I wanted something bright and colourful.

To learn more about this new art-form here is a link: https://www.zentangle.com/

I also have a good artist friend who also does some similar type of designs which also helped inspire me especially regarding using colours! She has her own website which will show some of her work is http://www.yezarck.co.uk/ 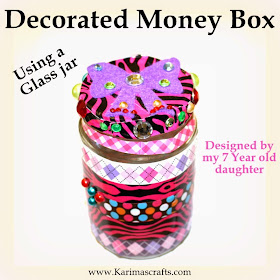 My 7 year old daughter wanted to have a money box to keep some of her pocket money. So she decided to make one herself using a glass jar with a lid and some crafty materials.

At first she wrapped the jar with coloured tape (similar to washi tape). Then she covered the lid in coloured tape too.  Then she used many of her sticker beads and felt to decorate over the tape.  I think the colour combination is brilliant - very bright and jazzy.  Now she needs to remember to actually fill her money box! 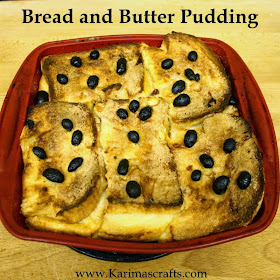 I made this lovely Bread and Butter Pudding today as I had been away at the weekend and on my return had plenty leftover bread which was now out of date but still OK to eat. I decided not to waste the bread and make a yummy dessert with it instead. 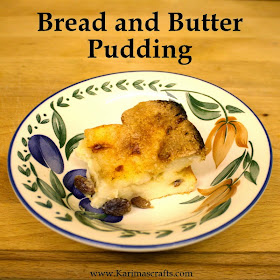 Step 1: Pre-heat oven to 190 celsius
Step 2: Grease a baking container
Step 3: Mix the sugar and cinnamon together in a container
Step 4: Mix the 2 eggs and add to the milk
Step 5: Place the slices of bread (buttered and cut in half) on the bottom of the baking container.
Step 6: Sprinkle the sugar and cinnamon over the first layer
Step 7: Sprinkle the sultanas over the first layer.
Step 8: Place a second layer of bread, sugar mix and sultanas
Step 9: Place a third layer of bread, sugar mix and sultanas
Step 10: Pour the Milk and egg mixture over all of the bread evenly
Step 11: Leave the bread to soak up the milk for about 15 minutes
Step 12: Place the baking container into the oven and cook for about 30 minutes.

My children had this all finished before the night was over - it was delicious! 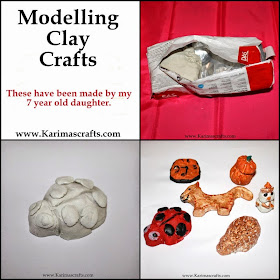 My girls had great fun with the modelling clay at the weekend. We have never used this before and had wanted to give this craft a go! The girls really enjoyed making their designs and painting them. We mainly used the air drying clay which was easier - we bought the make DAS which is sold locally. The photos I am showing are the designs made by my youngest daughter. My eldest daughter will be making her own blog post on her own blog later in the week I think insha'Allah. 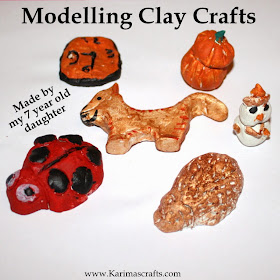 The photo below shows the girls both working on their designs. I used a cheap pink shower curtain to cover the dining room table because last time the paints were out they ruined my table cloth! We used acrylic paints to paint the clay models once they had dried. 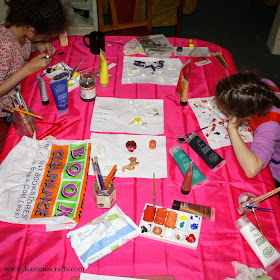 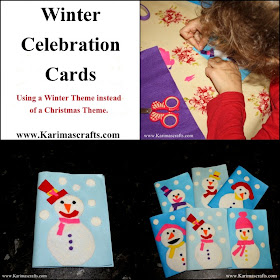 Our family don't celebrate Christmas but living in a majority Christian country means that everyone around us seems to be celebrating. I stopped sending out Christmas cards many years ago. Now that we have started homeschooling we have come across many other families who are not Muslim but also not Christians either, some are atheists and some believe in other things. This year it was asked if those who don't particularly celebrate Christmas would like their children to send other similar children some non-Christmas cards. It was decided a winter theme would be appropriate, so my girls have been busy making their cards to give to their homeschooling friends.

My 7 year old decided to give her cards a snowman theme. She used cut up pieces of felt and glued these to the cards. We used blue card which seemed to help make the snowman more clear. She can't wait to give these to her friends.